Barts is a cardiac and cancer centre of excellence for London, which provides 290 beds, is supported by over 2,200 staff, has been the location of a hospital for some 900 years. As such, it has archaeological signiﬁcance, as well as being in the centre of a conservation area.

It has been transformed into a state-of-the-art cancer and cardiac centre, serving people in the capital and beyond. The new St Barts Hospital was handed over in 2016. The hospital remained fully operational throughout its transformation.

Pedestrian walkway Bridge; this was a fully boarded, independent access bridge, connecting two buildings at high level over a ‘blue’ emergency route. This allowed hospital staff and patients to go between buildings whilst work was being carried out. An Access Tower around ducting and pipework in a ‘live’ boiler room was erected. This allowed the M&E contractors to carry out the new boiler and plumbing installations.

There were 8 cabins on site, at double height. We provided Heavy Loading Decks for the cabins to sit on, Access Ramps, Access Gantry and Layher Staircases. 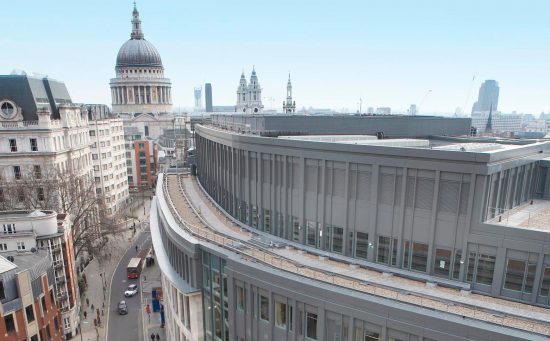 We provided a Loading Gantry for equipment and materials, so that the emergency routes wouldn’t be affected by deliveries. Goods Hoists and Hoist run-offs were supplied to the hospital. PHD also installed a Temporary Roof wrapped in monoflex to weatherproof the ground level while the glass smoke vents were being repaired.

The hospital was fully operational 24/7 throughout. There had to be minimal impact to the hospital, its workforce and its patients. All access and delivery points were external to the site. We adopted ‘out of hours’ working so that we could keep the ‘blue’ emergency route fully operational at all times. 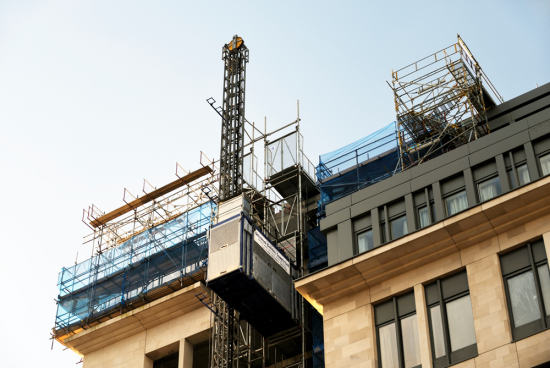 RAPID RESPONSE.   As part of the rapid response to the United Kingdom’s Covid-19 pandemic, a temporary ‘Surge’ Hospital was…

SPECIFICATIONS Papworth Hospital, which will cover a 40,000m² area when complete, will provide 300 beds, seven operating theatres and ﬁve…

With floor space totalling 9,100m2 spread over 8 floors, the new CYP facility will enable clinicians and scientists to collaborate…