2,000 high profile guests were invited including Royalty, Presidents, Heads of States, Sporting Heroes and Hollywood stars, thus making a global statement that ‘The Palm’ had arrived. Just weeks before the ‘Grand Opening’ a massive fire broke out in Dubai’s most anticipated landmark. On the same day an earthquake hit Iran causing the strongest tremors ever to shake Dubai and creating £44m worth of hotel damage.

Due to the prioritising of damage repairs, only a 60 hour window was left for full installation of the staging deck with all work having to be carried out in a live environment as guests arrived. PHD divided men into teams tasked to specific zones working to a pre-planned phasing system. This provided increased productivity, limited fatigue and eased labour congestion. 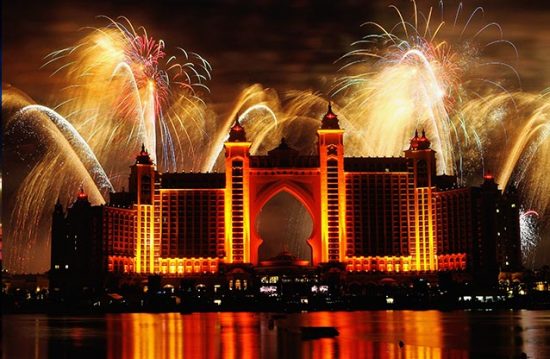 For the ‘Event of the Century’, PHD’s solution produced a deck designed to an extraordinary 6 kn msq spanning an area in excess of 5,000 msq. The whole stage was strengthened with a double skin of 18mm thick plywood, preventing bounce and distortion. An additional 960 msq of red carpeted raised walkway was constructed. Further to this, PHD installed 23 flights of stairs with fire escapes using an offsite prefabrication process to meet time constraints. PHD successfully completed ‘Mission Impossible’ in 59 hours and 14 minutes. 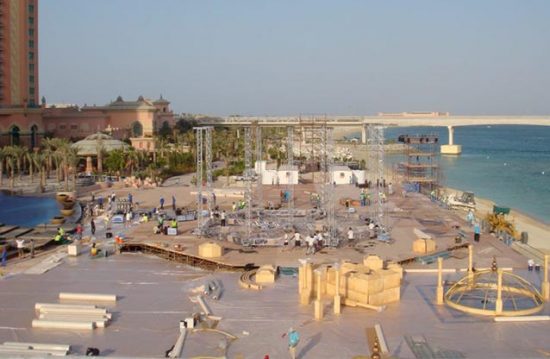 Baha Mar, with 2,900 rooms & over 400 hectares along one of the world’s most beautiful white sand beaches, is…