Ireland has been home to Facebook’s international headquarters since 2009 and the facility at Clonee continues Facebook’s significant investment in the country and in Europe.

The €300 million data centre in Clonee, Co Meath, broke ground in 2016 and the first building became operational in December 2017. The centre is built on a 250-acre site that was formerly two farms adjoining the headquarters of the Kepak meat business.

In March 2019, FB announced it will almost double the size of data centres in Co Meath with the construction of two new buildings. The expansion will increase the size of the Clonee data centre from 86,000sq m (925,700sq ft) to almost 150,000sq m (1.6 million sq ft) after planning permission was granted for two further halls at the site.

Clonee Data Center is one of the most advanced and energy efficient data centres in the world. It features the latest server, storage and network designs developed through the Open Compute Project, and is powered by 100 per cent renewable energy. 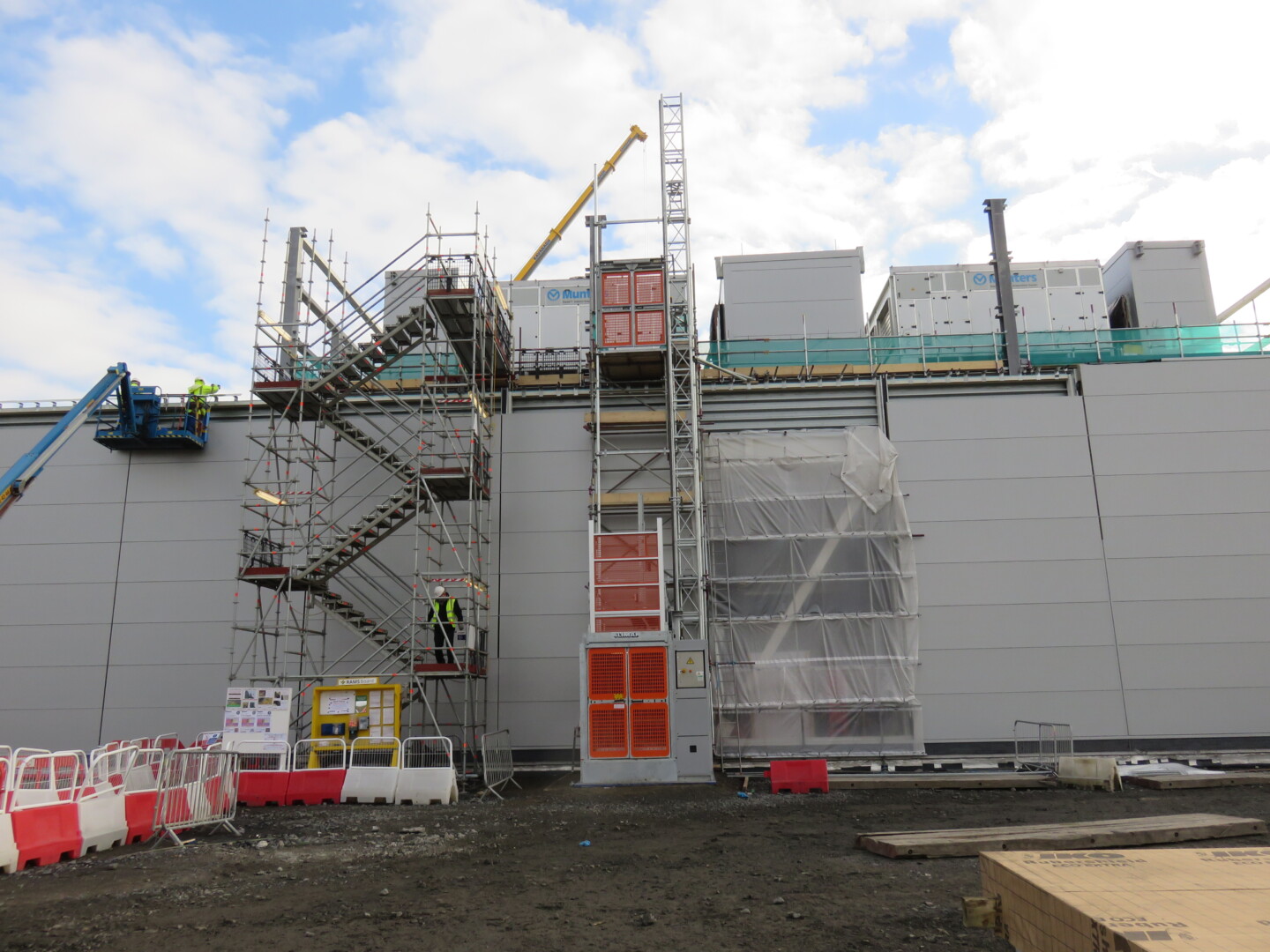 PHD Access have been on site since 2016 and initially provided a viewing platform for site supervision. Shortly after PHD erected 4 environmentally friendly and low energy ALIMAK Scando 450 20-32 Passenger / Goods Hoist and a Layher System Staircase for access to the roof. Brand new machines were ordered and custom manufactured for this prestigious job.

The Layher System staircase was 1.4m wide which allowed multiple contractors to use the staircase at one time and was also used as an Emergency Access. PHD also worked for the roofing contractor, Dean Roofing, and installed several miles of edge protection on the roof over the 6 phases of the construction project.

Further works included internal access scaffolding within the data halls for the M&E contractors to install cables and for fire-proofing. All internal works were around highly sensitive electronic equipment and therefore quality and safety was paramount. 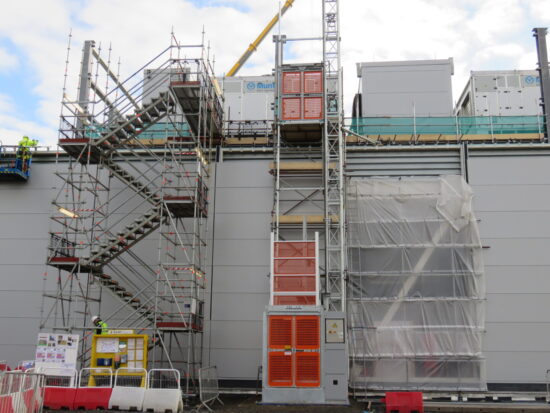 The London 2012 Olympic Games was the biggest sporting event ever undertaken (value to PHD £11m+). An estimated 7,900,000 spectators attended the Games making it the largest peacetime event ever staged anywhere in the world. PHD were installed as LOCOG’s Overlay Partner for the 2012 Olympic and Paralympics Games and also delivered the Official Test Events;-

Chase Farm Hospital Redevelopment is a design and build of a new 5-storey Hospital, Energy Centre and Multi storey car…

Cannon Street is a gantry encircling the site of the new Bloomberg European headquarters. The gantry permits access into the…