PHD Access were pleased to contribute to the latest Cranes & Access magazine in an article all about Mastclimbers. Here is what they said about PHD:

Another prominent supplier of mastclimbers in London is PHD Access. It has multiple Encomat models, including single and double mast and double stacked units, working close to Wembley Stadium in West London. There are around 60 mastclimber drive units on the Wembley Park development being built by McLaren Construction.

Peter Hoar, managing director of hoists and masts at PHD, says the company also has more than 70 drive units working on a big White City Living project in West London for the Berkeley Group. In addition to its Encomat fleet, PHD also runs Saeclimber and Alimak mastclimbers. The company says that while it is very busy at the moment, there is further ‘pent up’ demand for the expected surge in recladding work in the wake of Grenfell.

The big question is whether the UK market will have sufficient machines and the necessary experienced personnel to cope with such a surge. The government is under pressure to facilitate making such buildings safe, but getting the work done quickly could be problematic. Increasing demand in an already buoyant market could help increase rental rates. At present renting out hoists is often more profitable than running mastclimbers 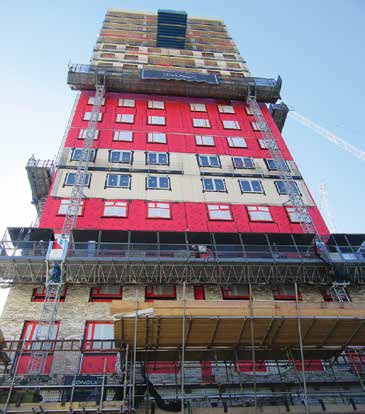 In another unusual application, the UK’s PHD Access brought its expertise to bear on the design, delivery and installation of what was effectively a very special inclined mast climbing platform for a Costain Skanska joint venture. This unique machine was used to help crews install the steel frame and cladding in Europe’s largest escalator shift at attended the event for the first time, with its ELSA P40 mastclimber.

PHD conceptualised and created a bespoke dual platform rack and pinion travellator able to travel on a 60 metre track on a 30 degree incline within the escalator shaft. PHD’s engineers worked with mastclimber maker Encomat to build a special frame around suitable drive units. Once in operation, it proved to be much quicker than the conventional methods of scaffolding, chain hoists, slings and all the manual effort that was originally envisaged. 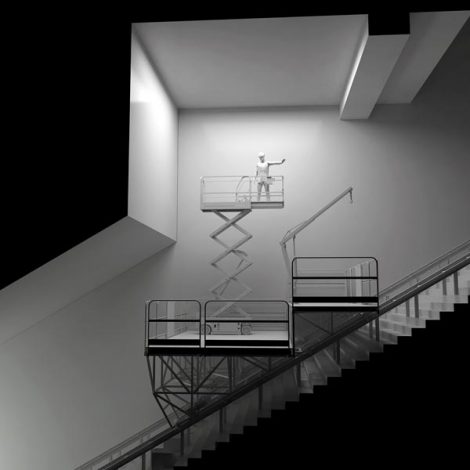 This year’s black tie NASC Awards saw PHD Access as the proud winner of the Large Project of the Year Award!...

On Saturday 5th November, PHD Access, in partnership with Powerday, ConstructionSport, and Superbeam....

One our site managers, Lukasz Rozpiorski, spoke at the London Build Expo this year on the 17th of November.....