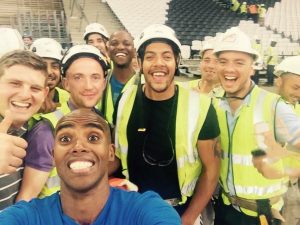 Mo Farah, is a British long-distance and middle-distance runner. He is the current Olympic,
World and European champion in the 5000 metres and 10,000 metres.

The company that promises”write my essay“write my essayy” is a great way to overcome the problems of writing an essay. Students often think this is a boring task and don’t know how they will make it interesting. Many fear they’ll lose marks or embarrass themselves in front of their classmates. So, instead of wasting hours and efforts writing essays, consider hiring an aid service to write an essay.

This year’s black tie NASC Awards saw PHD Access as the proud winner of the Large Project of the Year Award!...

One our site managers, Lukasz Rozpiorski, spoke at the London Build Expo this year on the 17th of November.....

As part of PHD’s ongoing efforts to address the labour market challenges, we are proud to be involved in the NASC’s newly launched Returning Citizens campaign....